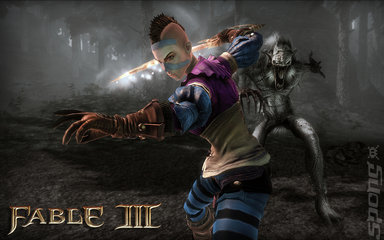 All Images (13) »
Microsoft finally confirmed the release date for the PC version of Fable III At its showcase event in San Francisco last night, as well as announcing the imminent launch of DLC for the Xbox 360 version.

The PC release will arrive on May 17th in the US and May 19th in Europe, New Zealand and Australia. Don't be shocked if that turns out to actually be the 20th, which is the nearest Friday, in the UK. That's certainly what Amazon's expecting.

Meanwhile, the new Traitor's Keep DLC for the 360 version will be out next week on March 1st. Details provided by Major Nelson go like this: "the Traitor?s Keep game add-on continues the journey as fans venture into three new levels called Ravenscar Keep, Clockwork Island, and the Godwin Estate, taking on new quests and encountering a mysterious prisoner. Traitor?s Keep also comes packed with 250 gamerscore points and additional content."