A taste while we keep the faith 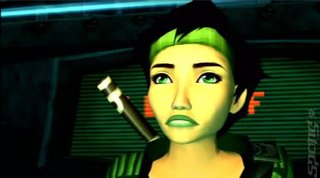 Asked by Eurogamer what's going on with the sequel, the exec producer on BGEHD said recently that we should "Keep the faith."

In the meantime, BGEHD hits XBLA on March 2nd. Here's that video: