Topware's Ex-PR Man Did Some Things That Were "Morally Grey"

Allegations of bribery and corruption denied over Two Worlds II 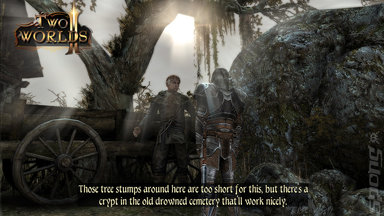 A storm has been kicked up over at Destructoid over allegations that Two Worlds II publisher Topware has been attempting to manipulate review score and Internet sites including IGN's Gamestats.

First up, Topware MD James Seaman has firmly denied the allegations that his company has offered bribes to reviewers, attempted to manipulate Youtube and Amazon, withheld advertising payment from Destructioid itself and issued legal threats to individual reviewers.

Included in the report is a quote from former Topware PR manager Jake DiGennaro who states on the record that, "I certainly did some things that I believe were morally grey.

"I felt uncomfortable doing some of the things I was asked to do, and that is part of the reason I left. Sometimes I felt I needed a shower after writing a particular email. I can't say I was explicitly asked to offer bribes, but it was certainly joked about in a way where you couldn't be sure if someone was being serious."

For his part, Seaman claims that DiGennarro is "wanted to take Topware down and that this was his chance." Although the paragraph in the report is confusingly formed, it also appears that Seaman alleges that the ex-PR man is using "his relationship with [Destructoid] to get this online and get back at us."

You can read all the details here.
Companies: Topware
Games: Two Worlds II

ghoti 21 Feb 2011 15:19
1/1
Sounds like just another day in games marketing/"journalism".
Posting of new comments is now locked for this page.