The shape of things to come from Japan

The bi-annual charts from Japan are in. Here?s what you?ve got to look forward to. 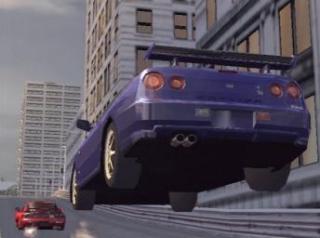 GT3 A-Spec
All Images (4) »
Japan?s Best Selling Charts for the first half of this financial year, April 2 to September 30, have been released. While most entries consist of obscure, never-to-be-released-in-the-UK titles, the top five games have been, or will be released in the UK in the future.

The top five are:

As you can see, Japan?s penchant for role-playing games has assured the Square epic Final Fantasy X the number one spot, and by a big margin.

Perhaps more importantly, PlayStation 2 software is the dominant force in the charts, responsible for over five million software sales in the top five alone.

GT3 and Mario Kart Advance have already seen a UK launch and are selling extremely well. Devil May Cry is due on November 23, Everybody?s Golf 3 in February 2002, but Final Fantasy X, perhaps the most anticipated of the best sellers, may not be released in the UK until at least June of next year.

Regardless, while UK gamers? tastes are not the same as the Japanese, the aforementioned games are likely to sell in a similar pattern, and will surely go down in history as some of the finest games the PS2 and GBA has to offer. Enjoy.
Games: Devil May Cry Everybody's Golf 3 Final Fantasy X Gran Turismo 3 A-Spec Mario Kart Super Circuit