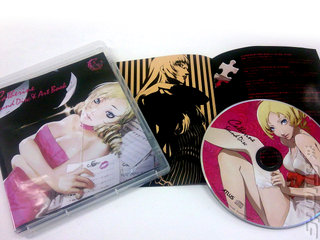 Long-serving character designer at Japanese game developer Atlus, Shigenori Soejima, has discussed in a recent update to the official blog what fans can expect for the official release of the soundtrack.

The update includes screenshots of the CD, case and inlay booklet for the game together with a brief explanation, detailing the 11 songs on the track list, explaining that these will be classic arrangements used in Catherine's nightmare scenes.

Soejima added that the hand-drawn artwork for Catherine may turn out to be rare as 3DCG artwork has been emphasised for promotion of the title so far.