Hardest Game in the World Ever Gets Sequel 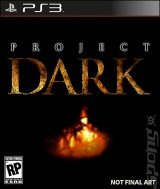 It is a well-known fact that From Software's Demon's Souls is 'the hardest game ever made last year ever'. So, it's fun to see that it's going to get some sort of follow-up.

Japan's Weekly Famitsu says that the next game from From is Dark Souls exclusively on the PlayStation 3. Well, in Japan it's PS3 exclusive, outside its native land the game will be published by Namco Bandai on Xbox 360 and PlayStation 3 release.

But hold on! Apparently Dark Souls is a "spiritual" sequel not a direct follow-up. Sounds like marketing spiel to us. Like saying, ET is the spiritual successor to Jaws because Spielberg was involved with both.

Anyway, it's an RPG set in one 'seamless' world rather than the five worlds connected by a shrine hub of the original.
Companies: Namco Bandai
Games: Demon's Souls