Return of an old friend 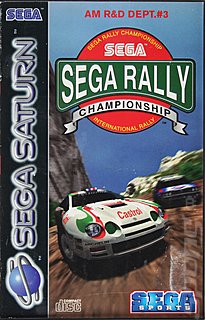 SEGA is to bring that old friend of console racing fans, SEGA Rally back to life as a digital-only, HD game called SEGA Rally Online Arcade for PS3 and Xbox 360.

According to the company the title will hit this year and will include single-player Championship and Time Attack modes with the inevitable online integration. There will also be 'net enabled online multiplayer and a"brand new achievement system".

VP of digital business Haruki Satomi sold the game as follows, "We?ve blended our hit arcade racing series with the best elements from the console versions to bring our fans the SEGA Rally experience in compact, downloadable format.

Yes indeed, it's not a game, it's an experience like whitewater rafting or having a baby!
Companies: SEGA
Games: SEGA Rally Sega Rally Championship