Making everyone else armless. 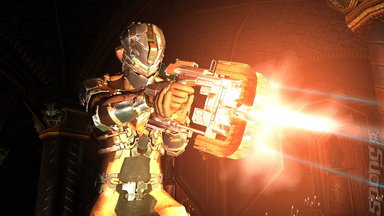 Normally in space, nobody can hear you scream. Or so Ridley Scott said (maybe). In space (probably). But on Friday a whole lot of people heard Isaac Clarke scream as Dead Space 2 frightens its way to the top of the UK All-Formats Video Game Chart.

Visceral's horror sequel means that Media Molecule's LittleBigPlanet 2 has to settle for second place this week, while last week's #2 - Call of Duty: Black Ops - drops to #5. Just Dance 2 sees a similar fall, from #3 to #6, but their losses are EA and Ubisoft's gains as FIFA 11 and Assassin's Creed Brotherhood climb a position each.