Sega of Japan has today given the first indication of when its hotly anticipated Xbox titles will be complete and ready for release. 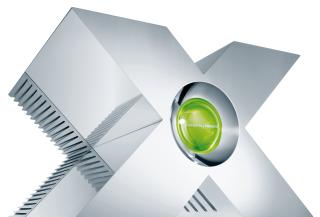 Sega?s support for Xbox has been doggedly loyal and Sega games have to be considered the best titles in production for the system. Sega has now stated that most of its promised Xbox games, minus Shenmue 2 and Phantasy Star will be complete by next spring.

The only game to receive a solid date at this point is Jet Set Radio Future, which will hit Japanese retail on February 22 next year. Also ready for launch in February will be Gun Valkyrie and the stunning looking (and dare we say Gran Turismo-rivalling) Sega GT 2002. Sega also stated that the as yet unseen shooter House of the Dead 3 will be complete by March of next year.

We don?t know about you, but all these Sega games might just be enough to tempt us into getting one of these Xbox thingies!

We will be in attendance at the European Xbox showcase X01, which takes place in Cannes later in the week, so stay tuned for hands-on reports with all of the above games.