...the distance you fall in your dreams 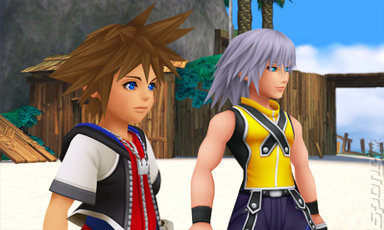 Legendary (well, he's real actually) character designer and producer at Square Enix, Tetsuya Nomura, has detailed the next offering in the franchise for the Nintendo 3DS, it can be revealed.

Speaking with Japanese weekly gaming magazine Famitsu, Nomura explained the meaning behind the game's title, associating it with "the distance you fall in your dreams". The 'Drop' part of the title will relate to the gameplay.

Nomura added that the concept behind Kingdom Hearts 3D will emphasise what he refers to as "bold actions". The development team will make the game bolder than the previously released Kingdom Hearts Birth by Sleep, adding that "by playing this, you will probably understand how Kingdom Hearts III will evolve."

Fans will be happy to hear they can switch between Sora and Riku in the new game. Nomura remained tight-lipped on what new Disney-inspired areas will appear in the game, as well as a firm release date for the title.

Excited at the news of Kingdom Hearts 3D: Dream Drop Distance? Any thoughts, feel free to post them in the Comments section below.