A sequel? Surely not 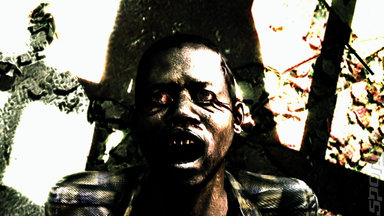 D.C Douglas - the voice actor for David-Bowie lookalike and long term Resident Evil villain Wesker, has added fuel to the fire surrounding Resident Evil 6 by shouting out to Capcom to cast him for the role in the game.

Douglas spoke with horror game-centric website Hell Descent regarding his desire to reprise the role in the next main instalment of the franchise. He said of the role:

"Hell yeah! I know RE6 is in the works, so hopefully I'll get a chance to audition for it...or you guys could bug Capcom into casting me in it! ;-) I'm workin' it, baby!"

A further update clarified that Douglas was responding to internet speculation on the potential sequel as opposed to a concrete confirmation of the 6th major series of the popular survival horror series.

Remaining spoiler-free, is Douglas aware of Wesker's role in Resident Evil 5? And what of his place in Resident Evil 6 if he were to make an appearance once again? Any thoughts you have on the popular Capcom villain, feel free to post them in the Comments section below.