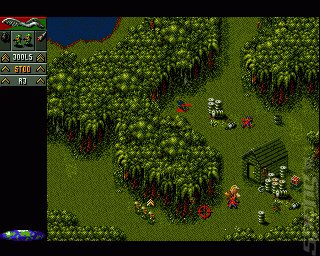 The shine has been taken off the edge of the newly-announced Cannon Fodder 3 - Codemasters has said that it is not attached to the project and has no plans to publish the game in Europe.

GFI, the Russian publisher behind the sequel, announced a partnership with Codemasters that suggested that there would be some British influence in the project. It seems that this is not the case.

"Cannon Fodder 3 is currently under development for PC and Xbox 360 platforms under Codemasters' license," reads GFI's press release this morning - but if Codies is saying it's not attached then something funny is afoot.

For its part, however, Codies has stated that it "has no plans to publish GFI's recently-announced Cannon Fodder 3 in Europe and is not attached to the project.

Codemasters has yet to respond to SPOnG's calls on the matter. A statement is said to be expected shortly.