Yakuza Was 3D One Time 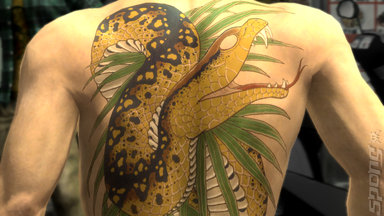 The series director on the Yakuza titles, Toshihiro Nagoshi, commented on the existence of a 3D version of the game in a recent post at his dedicated blog.

The blog post sees Nagoshi explain that readers have been requesting that a 3D version of the brawling series be made for some time. Nagoshi added that a 3D version of Yakuza was made at one point, teased that "Yakuza 3D was amazing" and that he'd like to show it to the audience someday.

The highly-tanned developer also discussed 3D technology and the difficulties associated with it. Displaying in 3D is not difficult but visual quality is lost due to two images displaying simultaneously. A decision as to whether using the hardware and output in standard 2D outputting in 3D at half the visual power needs to be considered.

Would you like to see Nagoshi and his colleagues produce a 3D entry in the Yakuza franchise? Let SPOnG know in the Comments section below.