Once it's gone, it's gone! Until Nintendo makes more. 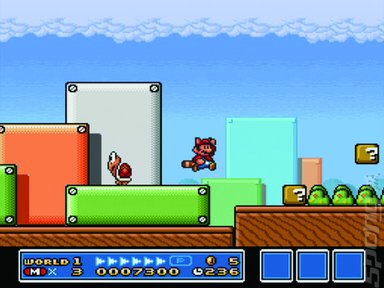 If you've been having trouble finding a copy of Super Mario All-Stars 25th Anniversary Edition on the Wii, it's because the limited edition print has pretty much sold out everywhere. But if you were unlucky enough not to get it for Christmas, Nintendo has indicated that a second run might be on the cards.

Nintendo's Marc Franklin told Wired that the company is "gratified by the consumer response to this limited-edition product, which we created to celebrate the 25th anniversary of the original Super Mario Bros. game on NES.

"Because of the strong response, we are exploring the option of bringing this item back at a later date. Until that decision is made, consumers should check with retailers, as supplies will vary by store."

The 25th Anniversary boxset, released back in November, is a direct port of 1993's Super Mario All-Stars on the Super Nintendo - itself a collection of the first four Mario platformers with updated graphics.

Gamers have been able to grab Super Mario Bros., Super Mario Bros. 2, Super Mario Bros. 3 and The Lost Levels via the Wii's Virtual Console service for some time, but the draw for this new edition comes in its collector's box, CD soundtrack and booklet detailing the plumber's quarter-century history. It's a good thing Nintendo is thinking about reprinting the thing, because it's currently going for three times the retail price on eBay.
Companies: Nintendo
Games: Super Mario All-Stars: 25th Anniversary Edition