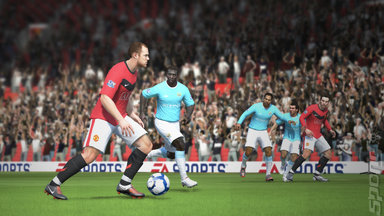 Seems like 2011 is getting to a predictable start, with New Year fitness populating the UK Video Game Chart - be it in virtual sports like FIFA 11's continuing reign on the Top 10, or in active games like Ubisoft's Just Dance 2 or Nintendo's Wii Fit Plus.

Treyarch's Call of Duty: Black Ops has conceded defeat to the hot-stepping Wii sequel, taking third place while Just Dance 2 scooches to #2. Wii Fit Plus makes a dramatic re-entry to #5, a jump of eight places. Kinect Sports falls several place to #10 this week, but no doubt gamers are still getting their dose of exercise from it.