Game Room, Fable III and PES on your mobile. 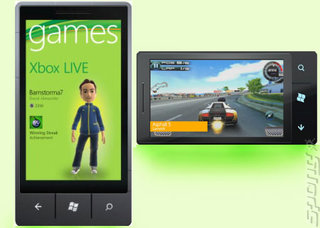 Microsoft spent plenty of time on Windows Phone 7 at last night's CES 2011 keynote, with plenty of games lined up to support its mobile platform strategy.

Among the titles to be announced for compatible devices is a spinoff of Fable III titled Coin Golf. This awfully British puzzler is based on traditional pub games and can net you additional gold and character skills for your character on the Xbox 360 version of Fable III.

Konami also revealed a version of Pro Evolution Soccer built specifically for mobile devices. As you'd expect, specific plays and commands will be implemented into a touch-based interface. The Windows Phone 7 version will include a new 'true flow' system that offers players the chance to use simplified AI-assisted controls or on-screen simulated joypad buttons for classic play.