Just makes you want to dance 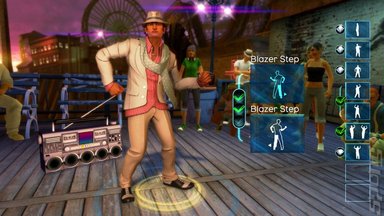 Harmonix, newly 'independent' developer of Dance Central has struck up an exclusive sponsorship deal with Sky 1's premier dance program, Got To Dance.

The deal will see the Harmonix-developed title endorse the Sky 1 show as well as feature in some of its episodes. The show's audience will get to play the game, allowing them to show their best moves in their efforts to win one of 15 Xbox 360s, Kinect devices and Dance Central bundles. Viewers will also be able to enter the same competitions via a promotional website for the programme.

Stephen McGill, Microsoft?s director for entertainment and devices said of the deal: ?As we move beyond our biggest entertainment launch in Xbox?s history, Kinect for Xbox 360, we are constantly looking out for compelling opportunities to bring our gaming experience to life.?

?Sky1?s Got To Dance is the perfect partner for our smash hit title Dance Central ? a true dance game experience that is fun and social for everyone."

Sky sponsorship controller Stephen Ladlow added: ?Got To Dance was a huge success early last year and series 2 will be even bigger, bolder and better. We are delighted to have secured a partnership with Dance Central as it provides a seamless fit between brand and content.?

Fancy that hey? a sponsorship deal between a dance programmes and a motion control dance game. Let SPOnG know what you think in the Comments section below.