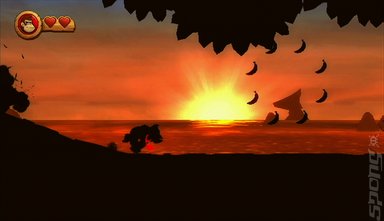 They were the most popular titles ordered through the Amazon website from November 14th-December 19th. NPD's report for November sales figures shows that CoD: Black Ops shifted 8.4 million units through the period, Just Dance 2 took third place for the month and Donkey Kong Country Returns took the sixth spot in the chart.

Details for sales over the whole of 2010 show that CoD: Black Ops was best selling title for the year and Just Dance 2 the title most often purchased as an Amazon gift.

Sounds like the staff at Amazon had a good New Year's party then.