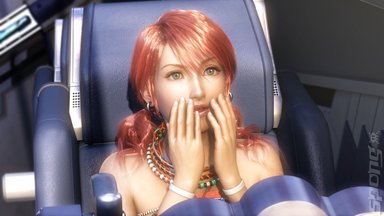 There?s no knocking that Monster Hunter off its perch anytime soon. The third entry in Capcom?s beast-slaying series remains firmly at the top of the Japanese Video Game Chart (courtesy Media Create, 13th - 19th December 2010), and with only a small sales drop from last week it looks like it will be there for quite some time.

The Xbox 360 version of Final Fantasy XIII was finally released in Japan this week - did it challenge Monster Hunter for the #1 spot? Nope - it had trouble getting into the Top 50 in fact, with debut sales landing it in #39.

While we?re on the subject of big-name games underperforming, it?s worth noting that the PS3 version of Castlevania: Lords of Shadow debuted out of the Top 10, reaching #17, while the dubbed version of Call of Duty: Black Ops debuted at #19 (although the subtitled version managed to top the charts recently).
Companies: Capcom Level 5 Namco Bandai Nintendo SEGA
Games: Donkey Kong Country Returns Mario Sports Mix Mario vs. Donkey Kong: Mini-Land Mayhem! Wii Party