What will become of the PlayStation 3 processor? 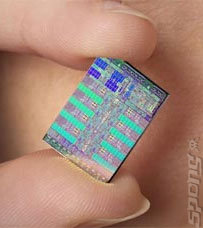 The factory that produces the CELL processor for the PlayStation 3 could be converted into a smartphone and digital camera chip plant, if a sale from Toshiba to Sony goes according to plan.

Toshiba is in discussions to sell the Nagasaki-based semiconductor plant back to the PlayStation manufacturer for an estimated 50 billion yen. Sony originally sold the plant to Toshiba in 2008 for around 90 billion yen, so it looks set to make a killing from the buyback.

However, Sony plans to repurpose the factory to manufacture chips for high definition digital cameras and smart phones. This strategy may or may not involve the continued production of the CELL processor - that much wasn't made clear, although we'd like to think Sony wouldn't just drop the core component of its PS3 machines.

NHK reports that Toshiba wants out of the CELL production business, after it found little demand for the chip outside of game consoles. What will become of the plant, the CELL and everything beyond will likely be explained at CES 2011 next month.