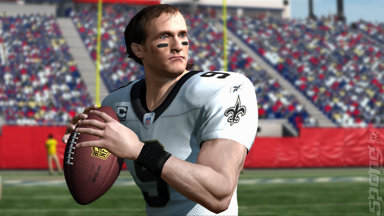 It can't be said that EA doesn't have a sense of humour - the publisher is reportedly working on a comedy film that sends up the legendary "Madden curse," where underperformance and injury befall the American football stars that grace the cover of the games.

According to The Wrap, the movie - aptly titled Madden Curse - will follow in the footsteps of a "former Madden video game champion who is forced out of retirement just as he finds himself on the corner of the game's cover - and subject to the curse."

The Madden series is huge in the United States - a popular reality TV show details the lives of NFL stars, and the annual games are as important to the Americans as FIFA is to British gamers. EA Entertainment's VP, Pat O'Brien, is said to be acting as one of the producers on the Madden film.

NFL players are traditionally superstitious, but EA has said that neither the players that appear on the cover nor the company itself particularly believes in the curse. Of course, there has been a long history of mishaps following cover stardom that seem to say otherwise.

In 2007, Shaun Alexander broke his foot after appearing on a Madden game, while this year Larry Fitzgerald suffered a rib injury and Troy Polamalu sprained a ligament in his knee.
Companies: Electronic Arts
Games: Madden NFL 11