UK Video Game Chart: The Christmas Number One is... 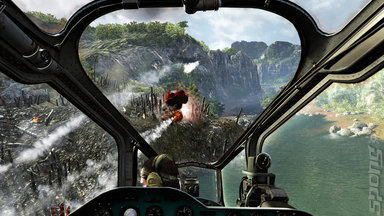 As expected, Activision's Call of Duty: Black Ops has been confirmed as the UK's number one video game this Christmas. It remains at the top of the UK Top 40 ahead of EA's FIFA 11 and Need for Speed: Hot Pursuit.

Besides the top two non-movers, the only surprise in the Top 10 this week was the re-emergence of EA's Medal of Honor reboot, tactically advancing its position to #8. Hot Pursuit saw the second-biggest jump, racing from last week's #7 position to challenge its football cousin.