US and UK SingStar Stores Get Merged

Cross the Atlantic and brought together 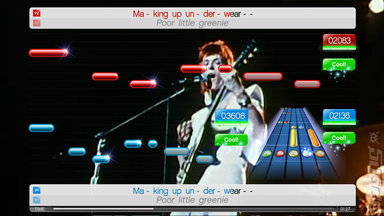 The download service for purchase of SingStar tracks on the PS3, Singstore, has had its US and UK shops combined by electronics giant Sony.

Due to a former licensing issue, the US Singstar store had been without songs from music publisher Universal. That matter had been resolved and as a result both variants of the Singstore now carry the same content.

Sony said in a recent statement that: "SingStar updates will be one and the same for both stores, and that fans in the US will have access to the same great music and artists as our friends across the pond."

Future updates to the Singstore will provide the Europe-only back catalogue for the US store, including 64 tracks from artists such as Rihanna, Lady Gaga and The Black Eyed Peas.

Now you can warble your lungs out to your hearts' content with access to the whole library from both sides of the Atlantic. Occasional contributor to SPOnG, Patrick's favourites tend to be Queen's Bohemian Rhapsody and Thin Lizzy's Thunder and Lightning. Got any personal favourites? Feel free to let us know in the Comments section below.