Under the guidance of Gremlin founder and Sumo Digital. 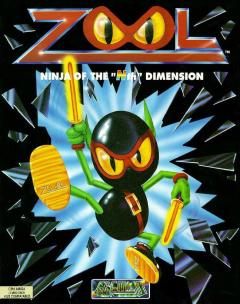 A group of students at Sheffield Hallam University are working with Sumo Digital on revamping Amiga platforming legend Zool for today's generation of gamers.

The team has established an on-campus development studio under the guidance of Gremlin Graphics founder Ian Stewart, Sumo Digital creative director Sean Millard and Broken Sword creator Charles Cecil. So, no pressure then.

Their lecturer, one Dr Jacob Habgood (who also happens to be the Head of Serious Games at Sumo Digital) said, "The lecture marks a new relationship between Sheffield Hallam and local developers Sumo-Digital, who have an industry heritage which dates back to the 1980s.

"It also marks a new era in gaming education provision and knowledge exchange at the University in that we are now one of the few universities in the country to have an in-house development studio for our students."

The best concept for the new Zool game will be decided by Stewart and Millard, and turned into a PlayStation Minis title. Let's hope that some obnoxious lollipop product placement is included in the winning design.

Remember Zool? Here's a video to refresh your memory.

And Julian Schnabel named his Manhattan home after them.

Nope, it plays nothing like Sonic, the reason that Amiga gamers loved it is because its just a damn good game
by the programmer from Switch blade 2 (another master piece) and that it was in comparison with Mario & Sonic and millons of other forgetteble Really hard for a change
, but its normal that some people can remeber as a Horrible game, as they played the SNES or Megadrive version
which are done awful on pupuse so that the Amiga seems to be powerful whitch is actully true as by Stardust
(like what coleco did with Donkey kong on the intellvision / Sega did with Altered Beast on NES)