Activision reported the goof to the Cyber Police. 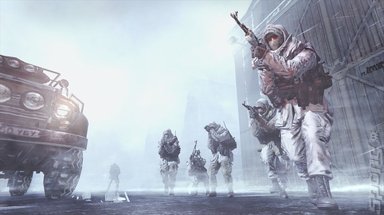 A 17-year-old has been arrested in Manchester on suspicion of being behind a denial of service attack that disrupted online play in Call of Duty.

Activision contacted the Metropolitan Police's e-crime unit to investigate the attack back in September. What it found was a malware program called "Phenom Booter" which allowed players to attack others and improve their own scores.

The police tracked the program's origin to the UK and then to Greater Manchester via IP Address. The teenager was promptly arrested in the Beswick area on Thursday morning under offences against the Computer Misuse Act.

So the next time you fancy boosting your way through an online game... know that there's a good chance it might not be worth it. Particularly if you're dealing with Activision. Those boys don't screw around.