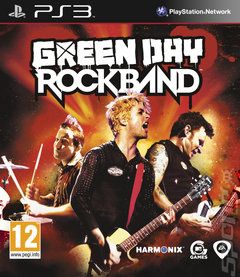 Is Activision buying Harmonix? Wouldn't you like to know. Well, you would actually, wouldn't you? And you'd think that if the publisher had no such plans, it would deny such implications outright. But it hasn't.

“I can’t comment on that, for obvious reasons," CEO Eric Hirshberg recently said. "There’s so much going on with Viacom and [Harmonix] right now." We're not entirely sure what Viacom's business has to do with Activision's silence really, besides a 2003 breach of contract lawsuit over the Star Trek franchise.

"I can tell you I’ve got a ton of respect for Harmonix. They’re a hell of a developer, very innovative and I’ve got nothing but love for them."

Viacom recently decided to do away with Harmonix after a third-quarter dip in earnings. The big money was on EA buying the Rock Band studio up, but CEO John Riccitiello has all but ruled out such a move. Now eyes are on Activision, where Harmonix got its big break by creating the Guitar Hero series to begin with.

"It’s no secret that Guitar Hero, Rock Band and the music category in general do not have the same mass appeal today that they did a few years ago,” Hirshberg said of the state of the genre.

“That said, I think that we would be foolish to not try and build on the strength of the Guitar Hero brand because it’s a pretty strong brand with great recognition and great likeability."