Tales of Graces F sells impressive numbers, but didn't have a chance. 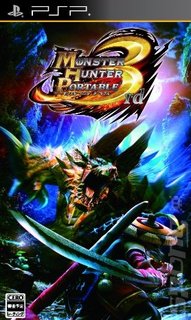 Monster Hunter is a incredibly popular series in Japan. But even the most hardcore believer in the franchise has to be taken aback by the sheer selling power of the latest PSP adventure, Portable 3rd - in its first week on store shelves it has shifted close to 2 million units.

Last week?s #1, Gran Turismo 5, has plummeted down to #5 after selling over 55,000 units this time around. Although it seems that most of Japan?s car nuts have already bought the game, its competent second-week sales seem to indicate that it could have something of a tail on it.
Companies: Capcom HudsonSoft Namco Bandai Nintendo SCEJ
Games: Gran Turismo 5 Mario Sports Mix Pokémon Black Version Pokémon White Version Super Mario All-Stars: 25th Anniversary Edition