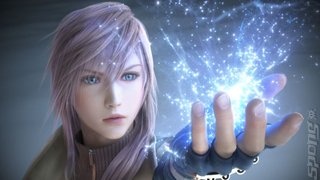 Square Enix has provided details of its PSP release schedule for 2011, confirming Dissidia 012[duodecim] Final Fantasy and The 3rd Birthday for Spring

Also included in the Spring schedule is the title Lord of Arcana, an action game due for release in February that sees the player thrown into a dark world to fights the beasts and creatures roaming around in order to obtain the power of Arcana. The game will also offer multiplayer with up to four players taking on the beasts together whilst unlocking new skills and items along their journey.

Lord of Arcana will be released as a special 'Slayer Edition', comprising of a copy of the game in a unique ?Slayer Red? game case, a 44 page hardback artbook ?The Art of LORD of ARCANA? and a Mini Soundtrack CD.

Also due for release is the title TACTICS OGRE: Let Us Cling Together which sees a PSP reinvention of the renowned strategy RPG title. On board for the remake are famed staff members Hiroshi Minagawa (Director), Yasumi Matsuno (Game Design & Scenario), Akihiko Yoshida and Tsubasa Masao (Character Design) as well as Hitoshi Sakimoto and Masaharu Iwata (Composers).

Then of course there's the aforementioned sequel to the crossover PSP title, Dissidia 012[duodecim] Final Fantasy, which continues to offer players a combination of versus fighting and RPG elements.

And, as mentioned previously, joining the above will be The 3rd Birthday, the latest outing in the Parasite Eve series starring blonde bombshell Aya Brea.