Could offer a new continent. 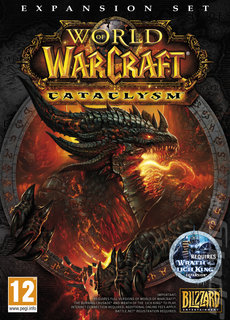 Blizzard has just released a new expansion pack for the world's most popular MMO, World of Warcraft. You might have noticed. You might have even braved the freezing cold to have picked up a copy of Cataclysm at one of a number of retail stores that opened at midnight for the occasion.

In London's Leicester Square, developers Greg Street and Dave Kosak appeared at GAME to officially launch the add-on pack, as well as sign copies of the game and to answer questions. They revealed that the studio has no plans to stop making expansions, with Blizzard already thinking about its next one.

"I think the next expansion will be something more like a new continent approach. More like the Burning Crusade or Nothrend, where we send players somewhere new that they haven't seen before," Street said. "I think the Eastern Kingdoms and Kalimdor are good now, we won't have to mess with them. There might be some small areas that may require polish or changing if things still don't feel quite right.

"On the other hand we have this weird story now where you almost go back in time when you hit the Burning Crusade and Lich King content. We're going to have to do something to bring that up to speed."

Blizzard's servers were reportedly being hammered last night as eager players tried to get online with the new adventure. Give it a few days and the bottleneck will be all sorted out, hopefully. Cataclysm is just about the last AAA game to launch in 2010 - what's your bet for Christmas Number One, then?