ISS and Champ Manager team up for ultimate soccer game

All playing together nicely! 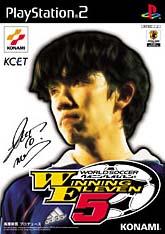 All Images (2) »
Konami of Japan and Sports Interactive are to collaborate on what could prove to be the greatest football game ever made.

Konami has licensed the massive database of inter-relational football statistics held by Sports Interactive and will incorporate them in the upcoming Pro Evolution Soccer, due for release in Europe later this year. The Japanese version of the game known as Winning Eleven 5, was critically acclaimed but lacked the depth that real football anoraks need.

“Anyone who's been to the Sports Interactive office will know what massive Pro Evolution Soccer fans we are," said Miles Jacobson, managing director of Sports Interactive. "So it was a real thrill when we heard that there was mutual respect from the teams behind the games and that they wanted to use our player stats.”