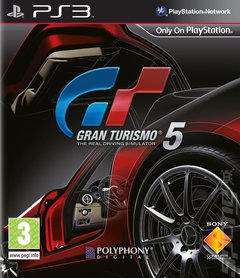 The rather strange reviews handed to Gran Turismo 5 doesn't seem to have stopped the racing sim from topping the UK All-Format Software Chart this week. In fact, since releasing on Wednesday Polyphony's latest has enjoyed the 6th largest PS3 launch week, with sales up 6 per cent on Gran Turismo 4 sales.

The PlayStation 3 exclusive topples the war shooter juggernaut that is Call of Duty: Black Ops, nudging Treyarch's FPS to #2. Assassin's Creed: Brotherhood politely sneaks down a place to #3 as a result. Nintendo dominates the bottom half of the Top 10, with Art Academy seeing the biggest sales rise on the back of TV advertising - last week it was at #27.