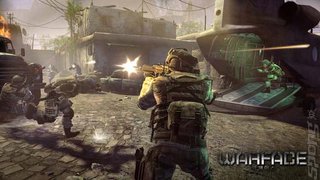 Using the studio's CryEngine 3 technology, Warface will be targeted towards the Korean and Asian markets. The game's being co-developed by Crytek Seoul, an office established in 2008 for this very purpose.

Crytek CEO Cevat Yerli announced that "Our passion is to always deliver the best gaming experience possible. That's why we opened our Crytek Seoul office in 2008 which today enables us to offer a game that is tailored to suit its market."

Warface will feature class-based, player versus player modes, as well as a selection of co-operative missions for freemium players to sink their teeth into. It will arrive on the PC, obviously, but no specific release date was given.
Companies: Crytek
People: Cevat Yerli