Western title does good in the East. 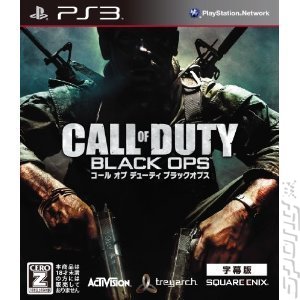 Last year, Square Enix localised its first Call of Duty game with Modern Warfare 2 - it was met with a good reception for Western games, if not a lukewarm one in general. Interest picked up as the publisher decided to launch two versions - one with English voice acting and Japanese subtitles, and another with Japanese dubbing throughout. There will no doubt be a Dubbed Version of Black Ops around the corner - it?s touted for a December release - so it will be interesting to see how sales fare in the next few months.

The PlayStation 3 was the leading platform for the game, having sold close to 130,000 units. The Xbox 360 version of Black Ops still managed to hit the Top 10, at #8 with over 30,000 units. Other new entries to the chart this week include Nintendo?s Super Fossil Fighters, the PSP version of Konami?s Winning Eleven series and the sequel to anime girl-loving RPG Record of Agarest War.

It?s worth noting that, despite having launched this week to large crowds, Kinect titles failed to make a dent in the Japanese Video Game Chart, unable to even crack the Top 20. Although the peripheral was released a day before the end of the week?s tracking period, none of the launch games sold over the 8,100 mark according to Andriasang.
Companies: Compile Hearts Konami Nintendo Square Enix
Games: Call of Duty: Black Ops Pokémon Black Version Pokémon White Version Pro Evolution Soccer 2011