Halo Movie Will Happen After All 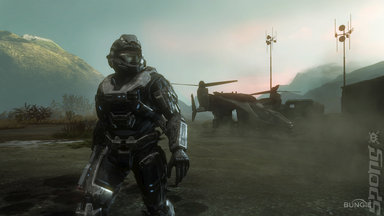 The franchise development director for Halo, Frank O'Connor, has said that there will be a movie based on the venerable IP.

Speaking at the Future of Television East conference last week, O'Connor discussed the popularity of the franchise and that he wants to see the game on any screen the company has access to, suggesting widespread mass popularity.

The columnist from website New York Video Game Critics Circle spoke with O'Connor after the event with the first thing coming from the Microsoft executive's mouth being that ?There will be a Halo movie.?

Quizzed as to why it has taken so long for a Halo film to go ahead with so many previous false starts (Peter Jackson was formerly connected to the project as was actor Denzel Washington), O'Connor explained that the primary issue was that the film production company that would be involved would not be in a position to make any money from it (Microsoft owns all the rights to Halo).

O'Connor added that he would enjoy seeing Halo adapted into a TV series even on a network such as Showtime or HBO, referring to the quality of series such as Band of Brothers and Rome.

He reiterated to the interviewer:

?There will be a Halo movie. We don?t need a movie. But we?d like a movie. We?d like the moms of gamers to see the movies because they would love our characters. Maybe we?ll even fund it ourselves.?

So, the Halo movie could be back on. If it finally got made and released in cinemas or as a TV series, would you watch it? Any thoughts, feel free to post them down below.

Rod Todd 23 Nov 2010 18:18
2/3
You could make a movie like that for less than Xbox has cost Microsoft each and every year of its existence, and stand a decent chance of making a few bucks back.

scy 23 Nov 2010 20:01
3/3
You could make a movie like that for less than Xbox has cost Microsoft each and every year of its existence, and stand a decent chance of making a few bucks back.
I bet the 360 has cost Sony way more in lost sales.
Posting of new comments is now locked for this page.