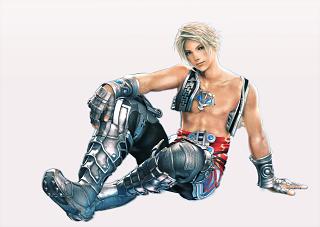 Weekly Japanese comics magazine Shounen Jump has confirmed that the protagonist from Final Fantasy XII, Vaan, will be playable in the game with the ever interesting name, Dissidia 012 Final Fantasy.

Vaan will retain the Mist Knack from FFXII as his EX Burst in the title. It has also been confirmed that he will retain his original outfit from the aforementioned game where as his alterante costume (referred to in the game as Another Form) will be created by long-serving FF series artist Yoshitaka Amano. Details suggest that the alternate costume will be more wild and air pirate-like than his original one from FFXII.

Square Enix just keeps on adding more FF characters to the fray. Who do you want to see next? SPOnG's personal choices are Cid Highwind from FFVII (never without the cigarette), Balthier from FFXII (ever the gent) and Noctis from FFXIII: Versus which we are aware has not been released yet but there is nothing one with a nice preview now, is there?

Keep on checking SPOnG for future updates on Dissidia 012 Final Fantasy leading up to the game's release in Spring next year.