Shares further details and lays other projects to rest 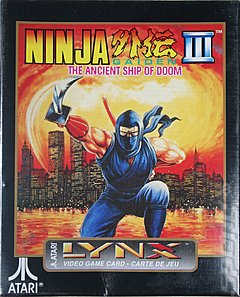 Not that one!
All Images (2) »
The new head of Koei Tecmo's Team Ninja, Yousuke Hayashi, has spoken in a recent interview with Famitsu regarding the studio's upcoming title, Ninja Gaiden 3 and the cancellation of previous projects at the studio.

Hayashi discussed the key visual art for the newest instalment of Ryu Hayabusa's adventures, explaining that it offers lots of hints as to the direction the developer will be taking with NG3. Quizzed at to what those hints exactly were, Hayashi replied that "We're trying not to say directly. We'd Like to hear everyone's discussions. When we actually share specifics on Ninja Gaiden 3, we'd like to be able to say, 'It's actually like this.'"

Pressed further regarding some of those hints, Hayashi replied that in the image, Ryu appears to be doing something with his right hand. That same hand is covered in blood but that blood has an unnatural quality about it and there is something strange about the hand as well.

Asked about NG3's general direction, Hayashi answered that the game is being developed with the idea of taking the series back to the beginning, not being weighed down by past any more than is necessary. He added that they will still value the past contributions the previous titles have made to the series but wants NG3 to be an "action game that's most interesting for the current era".

Hayashi also confirmed that previous Team Ninja projects, Project Progressive and Dead or Alive Code Cronus, helmed by former Team Ninja studio head Tomonobu Itagaki, have stopped development with no intention to continue in the future. He said of the latter that it is "officially cancelled".