Sony still has dated it. 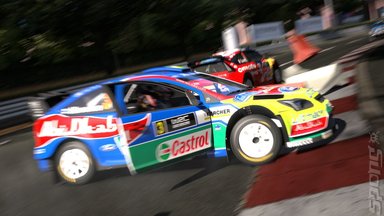 According to Dille, speaking to SiliconEra, about the pre-Xmas release date for the massively overdue PS3 driving game, "Yeah, (Kazunori Yamauchi) came out with a comment that they are working on a few last things. He apologized to the community, but explained it is coming before Christmas. We haven?t put a date to that yet, but we will just as soon as we get word from him when he?s done."

So, Sony still nervous that the game game won't release on time. Or is the standard, never commit to anything, stance playing against enthusiasm for the game?

me 6 Nov 2010 11:04
1/3
i hope so much that it is before chritmas i need it
i first wanted it in 2006 when i watched the ps3 tech demo
i need this so so much and each delay is driving me insane
come on sony do it for all the die hard playstation fans out there

SCE 6 Nov 2010 14:11
3/3
It will be released when we have enough hype out there... Ok?? There will be no confirmed Christmas release, instead, we will release it as a release title for the PS4, which itself, won't be released until it's got enough hype.
Posting of new comments is now locked for this page.