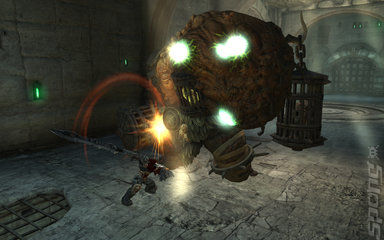 The publisher of the first Darksiders title, THQ, has confirmed that a sequel is in development. However, fans may be waiting a while for the title.

The CEO of THQ, Brain Farrell, confirmed in a recent investor relations call that "For fiscal 2013 we plan to release a sequel to our critically acclaimed Darksiders game and will be unveiling more details about Darksiders 2 in the future." The fiscal year for 2013 runs from April 1st 2012 - March 31st 2013. The first Darksiders game was released at the start of this year in January.

SPOnG would advise that you don't put your life on hold whilst we await for that ever elusive release date. Do keep on checking the site though for updates on Darksiders 2 in the near future.