Explains his motivations behind changing developers 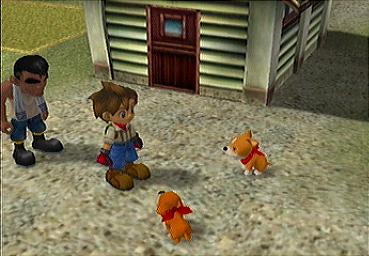 The creator of portable farming franchise Harvest Moon, Yasuhiro Wada, has explained in a recent interview his reasons behind leaving former developer and publisher Marvellous Entertainment and joining the alternative developer, lead by the infamous Suda 51.

Wada, who has moved into the position of COO at Grasshopper Manufacture, talked of the direction of the developer he now calls home and how the recruiting of staff from other developers will change the company for the better. Asked what he views as his personal mission in the company and if that changes the mission of Grasshopper as a developer at all, Wada replied that what he wanted to do personally and what Suda 51 (Goichi Suda) want to achieve were the same goals overall.

Wada was also asked how the bringing in of talented individuals such as Akira Yamaoka from Konami (composer on the Silent Hill games) will shake operations up at the developer as until now Suda 51 had essentially been the public face for the company. He replied that he feels the recruiting of industry-experienced staff at Grasshopper Manufacture means that Suda 51 can concentrate on the title that he wants to make as well as have Yamaoka-san's title, Wada-san's title and so on in development at the same time.

The developer was also asked how he felt about the direction the series he created, Harvest Moon, is going in, to which he replied:

Only a matter of time before No More Harvest Moon Heroes then?