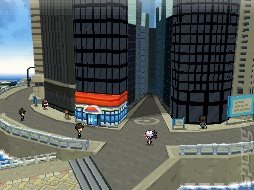 A smattering of new releases perform well in this week's Japanese Video Game Chart (courtesy Media Create, 11th - 17th October 2010), but sales numbers week-on-week are down across the board, with last week's #10 (K-ON! After School Live!) selling more than double that of this week's entry, Dead Rising 2. Despite a huge drop in figures, Pokemon Black and White still remain at the top of the chart.

Everyone's favourite pink rotund mascot, Kirby, winds his way up to #2 with his Epic Yarn. That game should hurry up and get released in the UK, already. The only other new entry this week is Square Enix's Road of Arcana on PSP, which charts at #3.