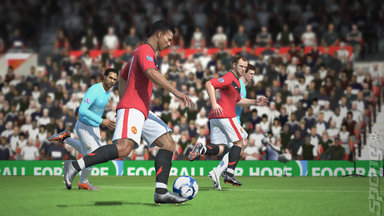 The Great Footy War of 2010 was waged this last week, and a victor has been declared. Despite the effort and promise of Konami's latest Pro Evolution Soccer title, EA Sports' FIFA 11 has held on to the top spot of the UK chart despite a 63% drop in sales.

Crucially, this is the first time a PES game hasn't scored the #1 spot in its debut week since 2001, when it had an equally epic clash with EA over Harry Potter and the Philosopher's Stone. Capcom's Dead Rising 2 remains zombified at #3, while Codies' F1 2010 slips down a few places to #4.