Just Cause for a Movie - with Kane and Lynch Producer

Begs the question... why? 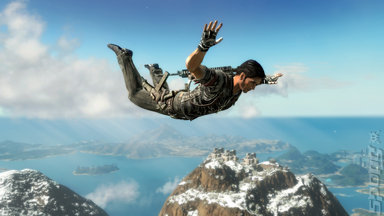 Just Cause is - apparently - the next slice of videogames franchising to be forced under the door in Hollywood to be chewed up and spat out in to movie mode.

Variety reports that "Eric Eisner's L+E Pictures has optioned the film rights to Avalanche Studios' videogame franchise Just Cause which it will develop with producer Adrian Askarieh, of Prime Universe Prods., before shopping it to the studios."

Askarieh has already worked on the Hitman movie and is producing the ill-starred Kane and Lynch flick both Eidos properties.

We can only hope that the movie garners less tepid appreciation than Just Cause 2, the game.

The script will be provided by Michael (Turistas "a better, scarier film that Hostel")Ross.
Games: Just Cause 2