Criterion: Need for Speed is No Shotgun Wedding 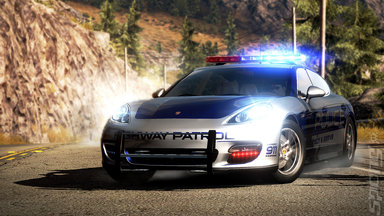 So, has Electronic Arts forced Burnout Paradise dev, Criterion into the same Need for Speed 'Death March' it put Black Box through? Not according to Criterion's Creative Director, Craig Sullivan.

Sullivan told SPOnG yesterday that, "It was Criterion asking for a shot at doing a Need for Speed game. Pretty much everybody in the studio loves racing games, which is why we've done so many. The reason I got into the industry was because I played the original Need for Speed on 3DO, 16 years ago. It actually changed my life. I remember playing it and thinking, if this is what games are going to be like... I want to make games!"

Asked if Criterion's involvement with Need for Speed was a convenient remedial action, Sullivan was unequivocal, "As a studio, we would never work on something to 'patch it up'. We have always wanted to make a Need for Speed game... Always! And it just so happened that the timing was right to make this one.

Asked what he thinks of the result of the pairing of developer and venerable franchise, Sullivan said, "What I want people to say about the game is, 'It's a fun game'. If that means to them that it feels like Burnout, that's fine. There are bound to be comparison, but that's not what matters, what matters is people think that it's fun."

Our Need for Speed: Hot Pursuit impressions are coming soon.. don't miss that.

DoctorDee 1 Oct 2010 10:09
2/2
I think we all feel that way Hatori. I know I did walking into EA's offices yesterday. But give NfS Hot Pursuit a chance, I think you'll be pleasantly surprised. I won't blow my wad here, but I'll be putting a full preview up in a couple hours.
Posting of new comments is now locked for this page.