Criterion: Kotick is Wrong! We Make the Games We Want 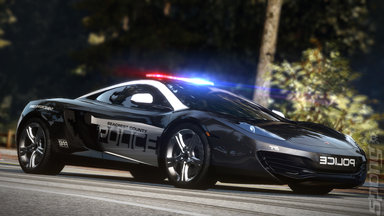 All Images (2) »
Asked yesterday how he responded to Activision CEO Bobby Kotick's comments that EA is no place for a development studio to thrive, Craig Sullivan, creative director at Criterion responded, "I don't care what he says, EA lets us make the games we want to, as long as they are fun."

Kotick opined that developers working with EA get subsumed, and become "EA Florida?, ?EA Vancouver?, ?EA New Jersey". Criterion has been EA owned for seven years, but still proudly bears its own name, and its own distinctive presence is clearly visible at EA's Guilford offices.

"Do I think Criterion is unique, or special in any way. No, we're just like all the other EA studios," said Sullivan.

AllyOmega 1 Oct 2010 14:10
2/4
@Powz
... umm... Criterion Games didn't make NFS shift. Slightly Mad Studios did. Criterion made Burnout Paradise, one of the best arcade racers of this generation in my opinion. Also I thought Shift was pretty fun, it just wasnt really a NFS title.
more comments below our sponsor's message

Get your s**t straight. Criterion is being brought in to revive the NFS franchise. They are the glorious bastards that brought us Black and the Burnout series.

NFS is awsome 1 Oct 2010 22:36
4/4
Hey dum ass Need for Speed shift was not made by Criterion it was made by Black Box, and Shift was a good game
@Powz
Posting of new comments is now locked for this page.