Late on the tit-for-tat front 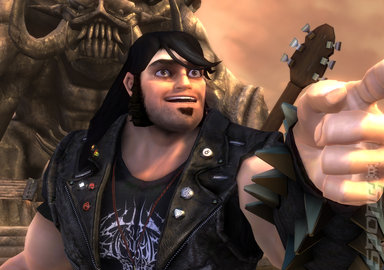 If you didn't know it to be utterly untrue, you might think that Activision CEO Robert - Bobby - Kotick has been hitting the steroids in a recent round of rants... sorry, interviews.

Talking to Edge, he explains how startled he was at being called 'a prick' by Brütal Legend dev, Tim Schafer.

For his part, Schafer has already pointed out that burning bridges in the industry is bad form. Bobby, however, appears to differ. Stating, "I've never met him in my life ? I've never had anything to do with him. I never had any involvement in the Vivendi project that they were doing, Brütal Legend, other than I was in one meeting where the guys looked at it and said, 'He's late, he's missed every milestone, he's overspent the budget and it doesn't seem like a good game. We're going to cancel it.'

"And do you know what? That seemed like a sensible thing to do. And it turns out, he was late, he missed every milestone, the game was not a particularly good game..."

He does, however, point out that he does play games, "This is my dream job. I've been playing games since I was 18 years old. I could have bought any company, but I bought a bankrupt game company, and I've been doing it for 21 years. This idea that I'm not passionate about videogames is ludicrous. But you say something and it gets taken out of context."

deleted 27 Sep 2010 12:03
1/1
Bullshit, he hasnt been playing games since he was 18, he prob played an Atari arcade once, the guy is a prick and everyone seems to notice it!
Posting of new comments is now locked for this page.