Halo: Reach knocked off its perch. 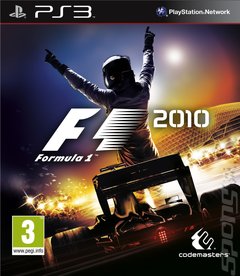 Well, we honestly thought Halo: Reach would keep its #1 position for weeks to come, but after a week on sale it has been usurped by Codemaster's F1 2010. Not only that, but according to GfK Chart-Track, the racer beat sales of both Bungie's prequel and Dead Rising 2 combined this week.