Muramasa The Demon Blade Could Get HD Facelift

Possible release due for XBLA and PSN 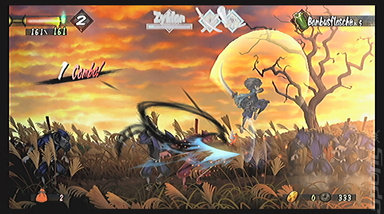 The titles from developer Vanillaware, Muramasa: The Demon Blade and Odin Sphere could be getting HD ports to XBLA and PSN in the near future.

Although the sources have not been able to confirm which consoles the titles would see release on there are only two possibilities in the console market right now where this can point towards.

The original titles were release on the Wii and PS2 respectively and if you want an idea of how good they looked, just imagine playing a Disney film as a game but with good, addictive gameplay. Exactly.

This is very much at a rumour stage right now but be sure to check SPOnG for updates on the situation as and when we get them. We'll be eagerly awaiting for a release date for these titles and will review them upon release, all fingers and toes crossed.