Explains why there has been 12 years for sequel 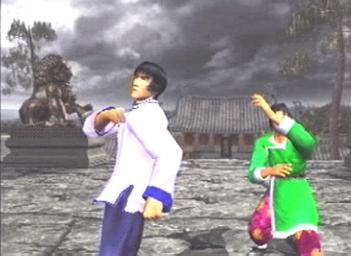 The producer on the Tekken series, Katsuhiro Harada, has discussed more details on upcoming title Tekken Tag Tournament 2 which was unveiled shortly after the finals of the Tougeki fighting game tournament at this year's Tokyo Games Show.

In the interview Harada discusses how long he and his team have been working on the title which commenced shortly after the completion of Tekken 6: Bloodline Rebellion.

Regarding a console release for the title, Harada explained that:

"As we announced, it will see an arcade release first. That's where most of our efforts are focused on at the moment. But that being said, we do want to provide a chance for all of our fans abroad to be able to enjoy the game. That's about all I can say at this point."

Harada was also quizzed on why it has taken 12 years for a fully-fledged sequel to the original Tekken Tag Tournament (normally abbreviatedd to TTT) to emerge. Harada replied "It was pretty much the result of many years of the fans giving us feedback that they wanted tag."

"After working on the proper sequels and still considering all the fan feedback and how much that has just gradually increased over the years and gotten to the point where we just really had to seriously consider it."

Harada was also questioned as to how development of TTT2 will progress alongside the previously announced title Tekken X Street Fighter. Harada put fans' minds at ease by saying that:

"Actually, before Street Fighter x Tekken and that whole announcement came about, Tag 2 was already in the works, so that's something that we've already originally planned for. Really the question is now "so what do we want to do with Tekken x Street Fighter?"

He was finally asked about his opinion on the revival of fighting games in the last few years thanks to titles such as Street Figther IV, Blazblue and The King of Fighters XII, to which he answered:

"From our standpoint, it's not like anything has really changed much. The one thing that is noticeable perhaps is that other series, like Street Fighter IV coming back after a blank of about ten years or so."

"I think that's where some of the changes are occurring, rather than us. We've been rather constant."

Excited for Tekken Tag Tournament 2 when it is released in Japan next Summer? Hope to see a home console release within the same year? Let us know your thoughts below and be sure to check out the promo trailer for the title right here.

the mysterious bladius 8 Oct 2010 02:53
1/1
when tekken tag 2 is released for the consoles, I hope to see a customizations option, it would be really kool if you give the audience the option of creating your own fighter meaning: take any moves from the cast of characters and combine those moves with the created character like how Mortal Kombat did in Armageddon ^__^
Posting of new comments is now locked for this page.