Microsoft looking for a fix. 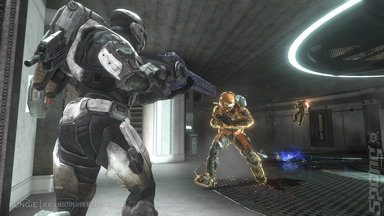 Owners of 4Gb Xbox 360 are currently unable to play co-op in Bungie's recently released Halo Reach due to issues with memory capacity for caching levels and other game code.

This is no rumour as the Nukezilla site refers to the top question on the official Xbox page for the game which has the following Q & A:

A1: One or more players do not have a certified Xbox 360 hard drive attached to their Xbox 360 console. Some multiplayer aspects of Halo: Reach require an Xbox 360 certified hard drive.

Xbox Slim owners without the hard drive will have to sit pretty until Microsoft finds an official fix for the issue as this means gamers who purchased the title on release are missing out a part of the game they should be able to access as a default.

Hopefully Microsoft will 'reach' out to its fans soon enough (sorry, it had to be said).

I don't think they should have even bothered with a 4GB version of the console - if the difference between its functionality and a console with a true hard drive is undefined, it just makes the different SKUs even more confusing (or misleading).

Kikketer 24 Nov 2010 03:43
5/8
@realvictory_suks
Yes I agree, I purchased an xbox just recently because it seemed most of my friends were on xboxes (and I was getting picked on with my PS3).

I had all four of us in one room, two TVs. It took about an hour to figure out how to connect the systems (we are IT pros, it shouldn't be that difficult). The real problem was only two of us had Live accounts.

I'm tempted to just return the xbox now and save myself the $50 per year charge to have the privilege to play with my friends... maybe if I spend another $100 on a hard drive... who knows what's next. Maybe I can't play "Halo: Extra Reach" because I don't have the Kinect.

Apex1500 7 Jan 2011 01:00
6/8
I'm new here so please bear with me. I just got my son the Xbox 360 Kinect for Christmas and am quickly learning that we may already be behind the power curve. He's been trying to play co-op campaign and when he tries to link up he gets the "you don't have an Xbox certified harddrive" error. From what I have read until getting to this post, it sounded like if I purchased a 250 GB Xbox 360 HDD (more money to MS) then all would be fine. My first thought was to get a 1 TB hard drive and use that...is there a difference? Then I read this post. From what I am reading now, me getting a supplemental HDD, whether it is the Xbox 250 GB or the more economical 1 TB, this not going to allow my son to co-op campaign???? Help!

pokemongage 2 Apr 2011 04:10
8/8
the psp and ps3 are one of the worst games every made so doont buy them
Posting of new comments is now locked for this page.