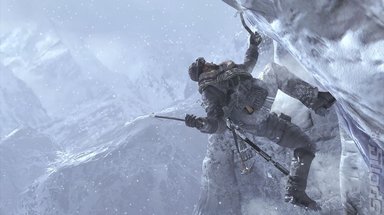 Bungie's studio communications manager Brian Jarrard has explained how the company is not going to license any third-party engine when developing its new title for Activision but will instead be working on building a new game engine from the ground up.

Jarrard further explained, "Just like we don?t want to develop a game off someone else?s IP, we want to push our own technology in the same way. That?s going to be our position for the foreseeable future."

Bungie's final Halo title, Halo: Reach has been released today for all intrepid FPS fans. The company also announced back in April that it had agreed to a ten year muliplatform publishing deal with games giant Activision. Jarrard hopes that his company's game engine will be able to weather the storm of the games industry over the duration of its partnership with Activision.

Jarrad further added that, "Yeah, [the new engine is] actually in development, so I would say it?s in a stage where, technically we?re still at the end of a pre-production mode.

?But now that Reach is done the full weight of our team is rolling into the project. Real work is underway.?

Looking forward to Bungie's new franchise? What game genre would you like it to be? Prefer to be surprised or would you like to see the start of a new FPS franchise? Feel free to record your thoughts in the comments below.